This is just a quick post to get something new up on this site. I upgraded my telescope to the SkyQuest XT8 and it is quite the upgrade over my old PowerSeeker 120EQ. The most obvious difference being the size, followed by the fact it’s a full Dobsonian telescope. 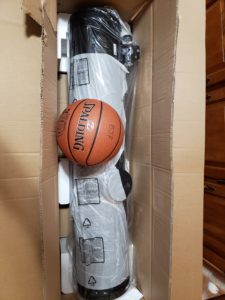 A full size men’s basketball to give a sense of scale.

The new scope weight almost 40 pounds and is relatively awkward to carry outside the house, but once I do get it set up it’s usually worth it. However, I’ve been struck with the curse of a new telescope. There’s really only be a few “clear” nights and on those nights the humidity sat around 90%. I did manage to snap pictures of a few things over two separate nights (see below). These pictures are much improved over the ones I’ve been taking with my 120EQ, but they also don’t represent what this new telescope can really do.

I’m also hoping, though it’s highly unlikely I’ll be able to manage it with my Galaxy S9 camera, to take some pictures of the faintest hint of some deep sky objects. I need to be able to see them in my scope, first, and the weather has just not granted me the opportunity. 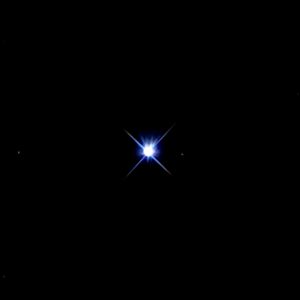 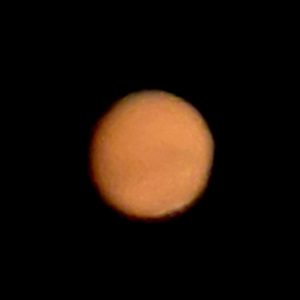 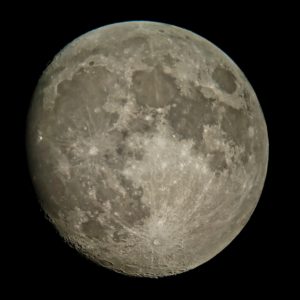 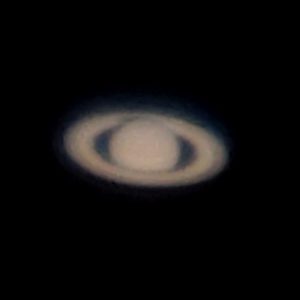 Fuzzy Saturn. Blame the dew forming on the mirror. 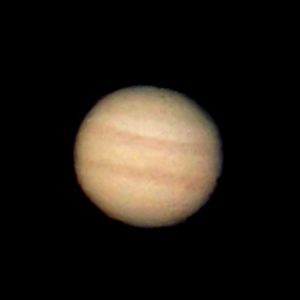 A fuzzy but clearer picture of Jupiter than I’ve been able to take before. Blame the humidity.